While the concept of a continuous improvement plan has been around for years, it was applied to modern industry in 1950 during Dr. W. Edwards Deming’s historic work in improving Japanese production practices. However, the process has seen tweaks since that time to compensate for technological and sociological changes. The theory was also adapted to meet the needs of service industries in addition to manufacturing venues. While users often report significant improvements, others have been less successful. What causes those differences? To understand why some ventures are less successful than others, it’s important to understand where the process can go astray.

What is the Definition of Continuous Improvement?

Knowing how to answer when asked what is a continuous improvement plan is important. The Glossary of Education Reform defines continuous improvement as any process “that unfolds progressively, that does not have a fixed or predetermined end point, and that is sustained over extended periods of time.” While that definition is specific to the education process, where the process is widely used, it’s accurate for all users, in fields as diverse as manufacturing plants and healthcare providers.

First, for maximum results, everyone needs to be involved at some level. Without buy-in from all employees, it is very difficult to implement a Continuous Improvement Plan. The central idea is that everyone’s ideas has merit and should be considered. A continuous improvement action plan includes different ideas, but always with the belief a product or service can be delivered more efficiently. Incremental steps, rather than major innovations, are stressed as ways to enhance an existing system. Once a Continuous Improvement Plan has been determined, and the team is on board, there are specific steps to follow to achieve success.

What are the Steps for Continuous Improvement Plans?

Basic continuous improvement plans include four steps. They are:

What Problems Do Organisations Face When Implementing Continuous Improvement Plans?

There is no simple answer to that question, as every organisation has unique needs. However, there are a couple of issues that crop up consistently when any changes are implemented. First, the goals set are overly optimistic. Organisations attempt to overcome major issues rather than correct specific problems. Next, leaders who don’t see immediate results tend to lose interest, branding the effort a failure before it has an opportunity to succeed. Another issue that routinely arises is a failure to include everyone involved in the process. If only management is involved, the effort is most likely doomed from the start. Those actually doing the job being targeted for improvement have a keener insight into what it will take to actually realise process improvements.

The net result is that continuous improvement planning can be productive and result in long-term benefits if everyone is involved and the team is committed to sticking with the plan. The initial planning sets the stage for success or failure, so paying special attention at that point in the process is critical. For help in planning, contact us today. The sooner a plan is in place, the sooner an organisation can expect to see improvements. 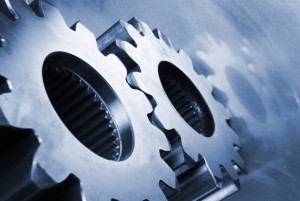 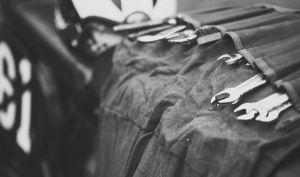